The Origin of the Re-enactments 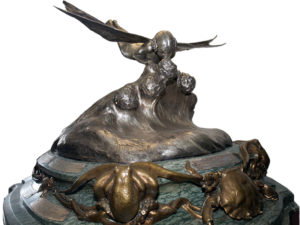 Drawing upon the success of the London Bridge Seaplane Classic Bob Martin, and his wife Katie sat at a table brainstorming about an event that would take it to a whole new level. Bob and Katie’s love for early aviation, quickly led them to the Coupe d’Aviation Maritime Jacques Schneider, more commonly known as the Schneider Trophy Races, a race for seaplanes and flying boats.

After nearly two decades of competition, Great Britain permanently secured the trophy by winning three consecutive times thus retiring the trophy and ending the series. The Schneider Trophy is currently on display at the Science Museum, South Kensington, London a short distance from where our London Bridge spanned the Thames river in London.

Replicating the most influential series in aviation history in Lake Havasu City just a few hundred yards from the current location of the London Bridge seemed like a natural choice. Little did Bob, Katie, and the Desert Hawks know that this event would become one of the top scale RC events in the world its very first year. The event was a huge success garnering coverage in dozens of magazines, video magazines and a 4-page color spread in the prestigious Forbes Magazine, a first for the RC hobby. Media exposure for Lake Havasu City and the event was worldwide.