Note: This is a work in progress, if you have any knowledge or pictures of any of these events please contact us and let us know. Our goal is to create a history of these events that is as complete possible and we need your help to make this a reality.

Our first experimental float fly was held on the north side of the island on December 6 and 7, 1986. At one point it was estimated that 35 spectators were present. From this trial event, the First Annual Desert Hawks Fun Float Fly was scheduled for January 17 and 18, 1987 at the Nautical Inn. The float fly was a big success and voted to be repeated January 16, 17 and 18, 1988 at the same location.

An experimental fun float fly was held at the Nautical Inn November 7 & 8, 1987 to help determine improvements for these affairs. This too was a big success with 28 fliers participating in the event.

This was the first and only year that the Schneider Cup Reenactments were held on the same weekend.

YouTube Video:  This video begins with a historic newsreel of Jimmy Doolittle in the Curtiss R3C-2 then continues to a video of the 1990 Schneider Cup Re-Enactment in Lake Havasu City, AZ. 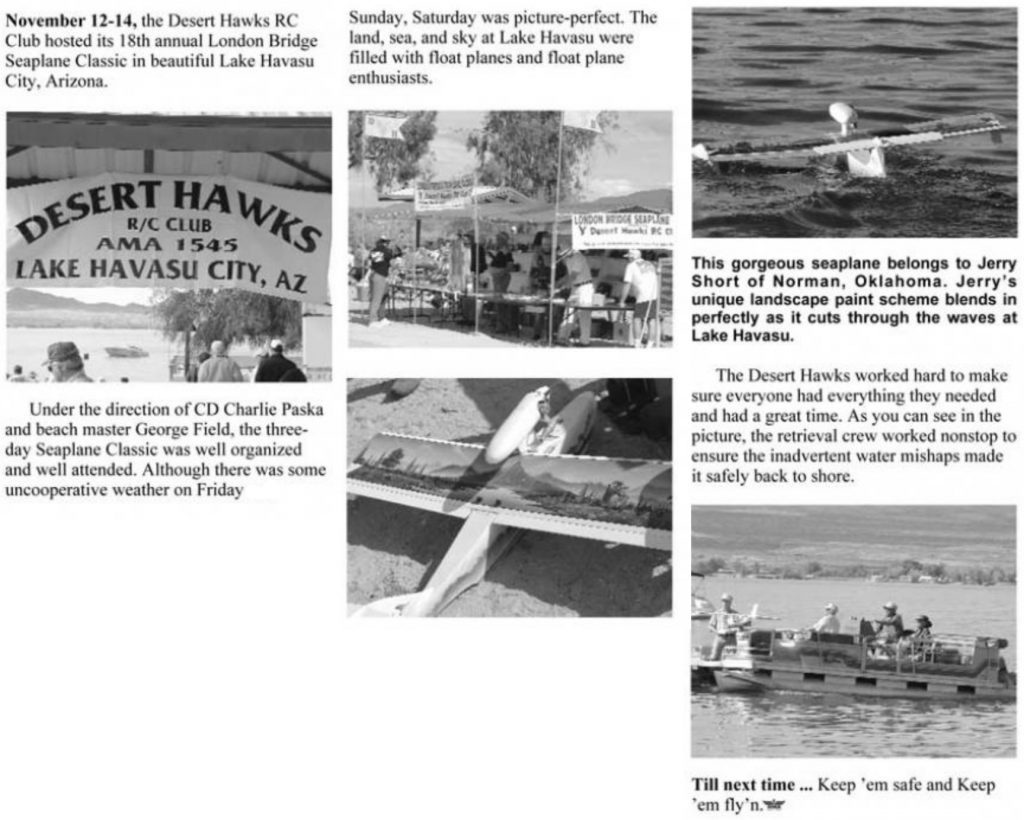 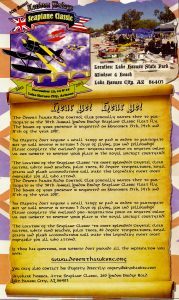